When I used to think about amplifiers, the first picture that came to mind was a massive Marshall stack behind a mound of hair needling away on the electric guitar as fireworks exploded around the poor audience’s ears. I’d think about noise and loudness and distortion and generally all the things you want in the rock and roll life. I realise now how wrong I was; yes, an amplifier does make sound louder (and can be used to purposefully distort it) but it also does so much more. It boosts the tone and spreads the sound evenly; it fills the frequency range and can power heavy duty headphones; in short it is a vital piece of kit for any aspiring audio fan. Still, deciding which amplifier would suit your needs can seem pretty daunting due the sheer variety on offer and the endless tech spec questions: How do you work out how much power is needed to get a decent signal from your headphones? What is the best set up for my media player? Do I even need one? Well you’re not alone, so we at the AV Shop will attempt to answer some of your questions and put your mind at ease. Let’s dive in.

What is an amplifier?

Amplifiers amplify. That is to say that they take a small electrical signal and increase its size into a usable current without distorting the source. This process is referred to as Gain and, depending on its context (in this case Transmission Gain) refers to which element has been increased. By using different parts of the amplifier circuit in different ratios it is possible to use Gain alter the amount of signal an amp will output; raising and lowering the sound in the process. This is where things get a little tricky because although it sounds like the same thing, Gain is not Volume. When a signal enters an amplifier from a source (such as a guitar or FiiO X1 DAP) it initially passes through a Gain circuit to boost the signal for processing. A Volume control (in incredibly basic terms) then decides what percentage of this increased signal leaves as an output. Gain maximises a signal, Volume limits it. Manipulating these gives a signal body and definition. Of course, you can very, very quickly get lost in technical specifics and there are many nuances to each function that, should you have time, are worth looking into. Needless to say that combining the two gives your sound more oomph.

Do I need an amplifier?

As with everything, it depends. There are various instances when you actually need one to get the best out of your hard earned audio kit; the most common being power hungry, high impedance headphones (which is roughly anything over 25 ohms). When listening to music on your iPod you’re sending a digital signal through the devices in-built amplifier up into your earbuds. The iPod (and DAPs like it) is only really designed to comfortably power smaller headphones and the size of its amplifier reflects this. Should you then receive a nice pair of Sennheiser HD700s for your birthday you’ll likely be disappointed as the iPod amp simply won’t be able to supply the power needed for a decent sound. This is where a separate amplifier like the FiiO E12 comes in to play, it can take the input signal, magnify it without distortion and supply a decent output volume to feed your headphones. Even without expensive cans; a separate amplifier can do wonders for increasing the quality of sound. Pumping a little extra power into the signal can tighten up the bass frequencies, define individual instruments and spread the soundstage so your music will feel more natural and fresh. You don’t even need to spend much money to get a decent starter bit of kit; the FiiO E06 is a lovely, warm and powerful little amp for only £20.99. [caption id="" align="aligncenter" width="235"] 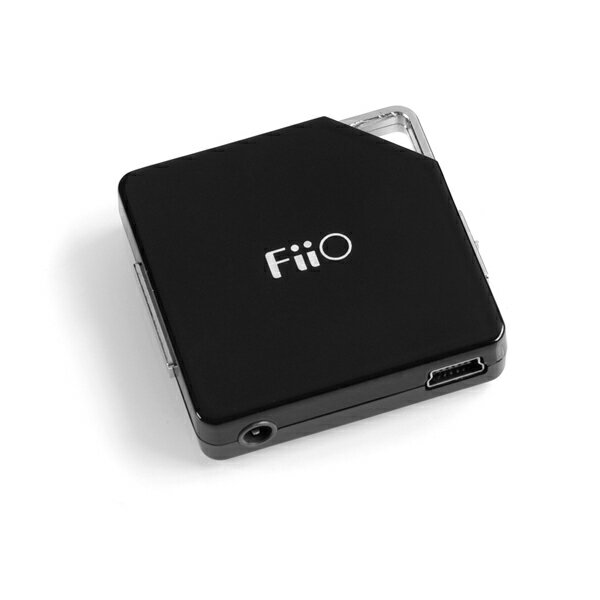 The FiiO E06. Tiny yet powerful.[/caption]

Ok, I’m convinced. But what amplifier is best for me?

Well, what do need it for? What do you want to experience? The beauty of amplifiers from a design perspective is that between the initial gain and the output volume there is much room for tweaking. Some manufacturers like their outputs slightly warmer, some like it neutral. You will find some companies keep it simple while others push the capabilities of the unit to the extreme. In a nutshell, whatever you want you can probably find. As an introductory model you can’t go too wrong with the FiiO E06, its low price point hides the power within while its small size and light weight seamlessly integrate with your current set-up. It’s the best amp for the curious yet casual listener. If you want to take the next step and create a serious audio rig to complement more serious listening habits then I’d start with the FiiO E11K, this amp costs not that much more than the E06 but adds considerably more body and detail to the sound. It can also power those high impedance headphones (from 16 to 150 ohms) we were talking about quite nicely. In fact, FiiO do a whole range of amplifiers with varying specs to cater for everyone, novice and expert alike. Take for example the E18 Kunlun; this Swiss-Army knife of an amplifier was designed with mobile phones in mind and can function not just as an amp but also a backup battery should the worst happen and the battery dies mid-One Direction. Then with a simple switch it can turn into an outboard USB-DAC (digital audio converter) to boost the soundscape coming from a computer, you can even use dedicated buttons on your device to play, skip and stop the music. It’s an impressively purposeful bit of kit at remarkable value. So with choice so vast and varied the question now is why haven’t you taken the step and begun listening through an amp. Give it go, you might surprise yourself.